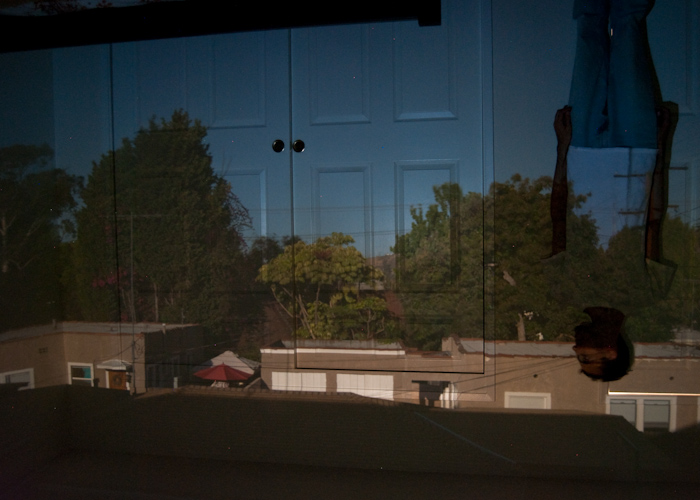 I made my room into a camera obscura. I was inspired a while back, but didn't try it out 'till now. 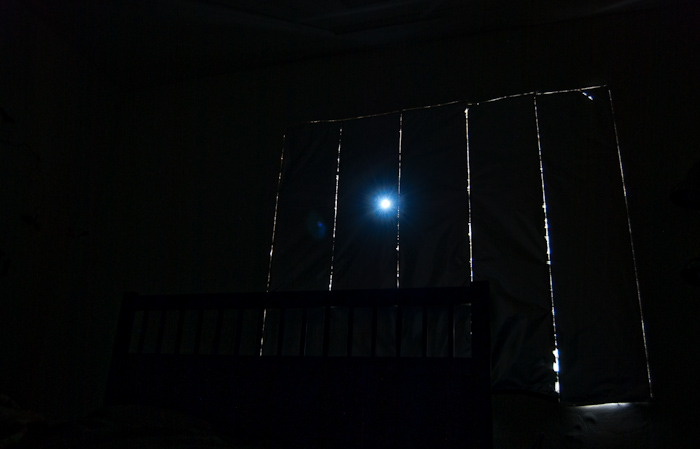 I covered the window with aluminum foil, sheets taped together with masking tape. The pieces overlap slightly, but — especially once recorded and brightened — it's easily apparent that plenty of light leaks through. (Simply pressing better would aid that; possibly electrical tape would have worked better.) The window isn't airtight, and the foil is away from the window, so it bows in and out occasionally; it causes the image to move on the side walls and ceiling, but not much on the projection wall.

The 'lens' is about the size of a pea; larger was noticeably brighter, but also blurrier. Smaller was much dimmer, and the ISO and exposure time trade-off to counter that meant it was no sharper. (I cut, but have not experimented with, some different shapes for the opening.) I tried out the different hole sizes by cutting squares with holes in them and sealing them with electrical tape over the original, largest hole.

I ended up using 30s exposures at ISO 400, f/3.5, which were quite visible on their own but improved (as seen above) by bumping the RAW image up another four fifths of a stop or so.

(link)
camera obscura self
i