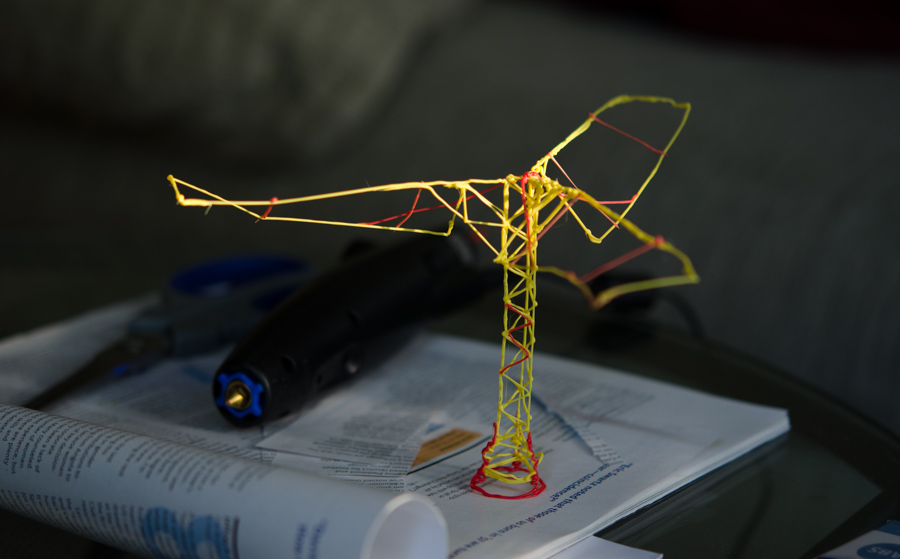 I drew (built?) a frame for a small spinner using my 3doodler. After adding some paper for the wings, I used my quadrotor's little servo-powered claw to drop it from the air over a park.

The spinner quickly got mangled by the quadrotor's blades, but still righted itself and helicoptered down for numerous runs.

The 3doodler is finicky, but fun for quickly sketching something into existence. It's like a fast-drying, narrow-bead glue gun. The speed it pushes out plastic is inconsistent, and it pauses to re-heat itself at the worst moments (midway through one of the magical drawing-through-space lines). But after practicing with about one stick of ABS, it was pretty easy to draw this little triangular truss and the frames for paper wings.