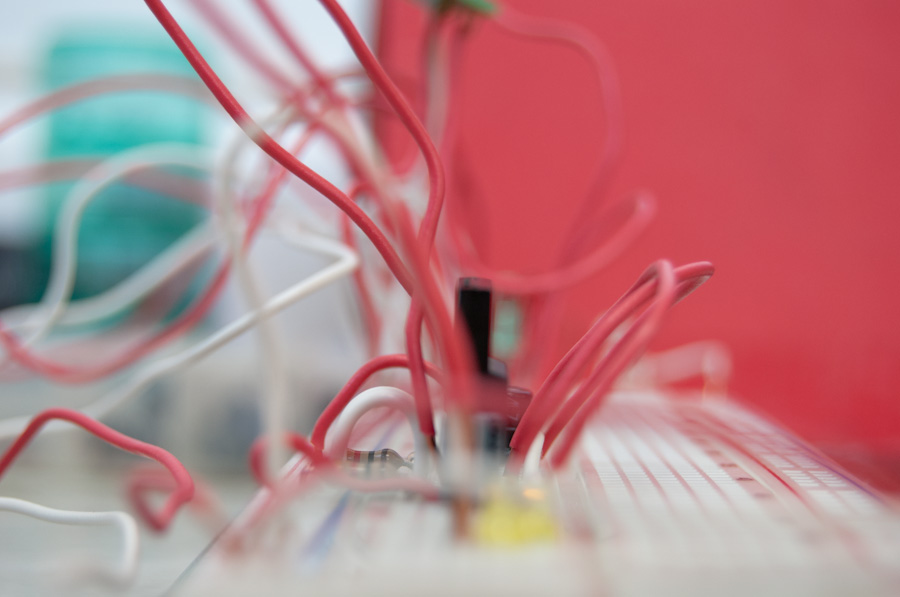 I recently purchased an Arduino LilyPad, a variant of the Arduino for e-textiles. (For example, sew it along with some LEDs and buttons to a hoodie and have a turn signal jacket.)

My first project (above, some parts on a breadboard) was a remote control for my Nikon dSLR. I was able not only to drop in Aurelien Antoine's code and have it work without modification, but then move the 38.4KHz oscillation to a separate multivibrator circuit (below, testing a slower oscillation), thus freeing up the LilyPad's 8MHz processor to do something other than switch an LED every 12µs. (And all using parts reclaimed from old motherboards and a VCR's board we had lying around!) 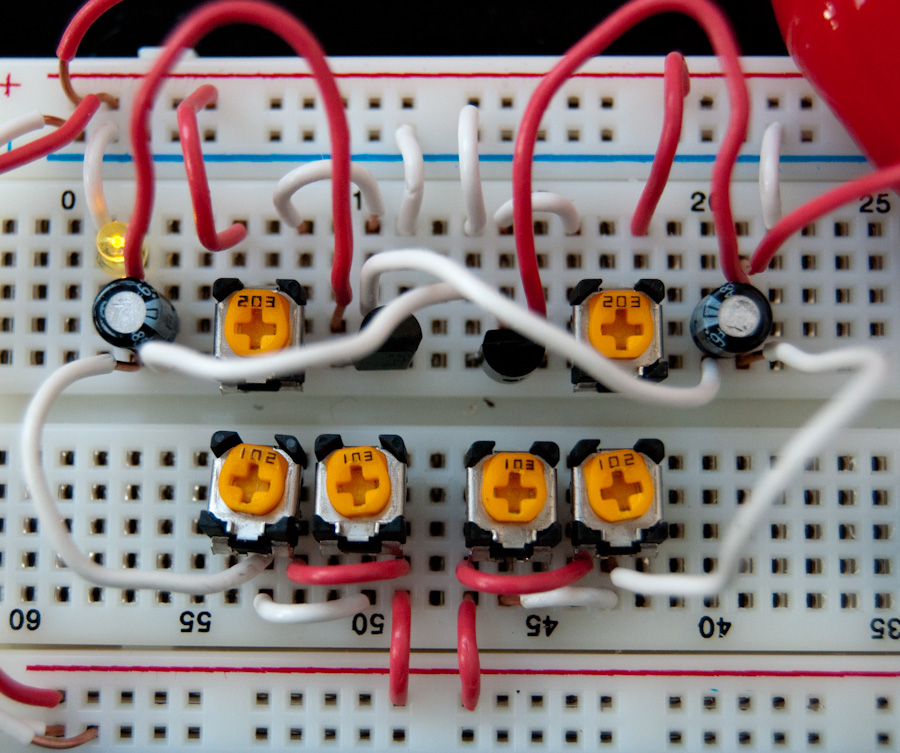 However, my goal to recreate a slow motion sequence of my camera's shutter action was foiled; its response to a remote's signal is not millisecond accurate, and even though Canon's wired remote scheme is wonderfully dead simple, my mother's G12 didn't seem to respond precisely, either. (My ploy to switch mains power to control a scat mat was also foiled, both by noisy range-finder readings and by my killing the relay.)

All the same, I've been playing with the bits (below, testing a LilyPad ambient light sensor), and being inspired by the fabric, DIY sensors and generally cool-looking clothing mods people are doing/making.